Sometimes, it feels like caffeine is a necessity. It may be that cup of coffee before your class starts at 8AM or that energy drink to help you get through that last leg of your assignment at 2 in the morning. Given the hectic work and school schedules for teenagers and young adults, every source of energy is welcomed to get as many things done in the day as possible. 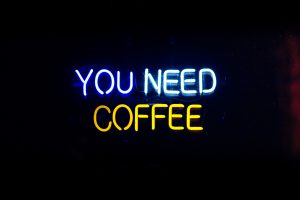 Having caffeine as a teenager or young adult is almost the norm, with 3 out of 4 adolescents saying that they drink some sort of caffeine – whether it be soda, tea, coffee, or energy drinks – regularly. It doesn’t help that ads for caffeinated drinks are targeted towards this demographic too: marketing for energy drinks have recently come under fire for how they allegedly target teenagers, and coffee shops continuously introduce trendy and new versions of their drinks to appeal to adolescents, not just through their design, but because of how it’d look on Instagram too.

The problem is, caffeine can have a ton of negative side effects, and these side effects are stronger during your teenage years when you’re still developing (children and youth are considered to be “at-risk populations” for the negative effects of having too much caffeine). These include the obvious, like disrupted sleep patterns, to the dangerous, such as links between high caffeine consumption to using other substances, to the long-term, like heart problems. 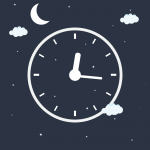 The effects of caffeine on adolescents can be taken to another level when considering the effects of mental illness and the pressures that they experience during this age. Of course, there’s also the jitters that come with having too much caffeine, making anxiety symptoms feel like they’re dialed up to 1000. The stress from constant homework assignments and exams (on top of being in clubs and sports, applying for and working at jobs, and maintaining friendships) can pile on and make adolescents feel like they need something to stay awake to utilize all 24 hours in the day, which can make those with anxiety feel that much more anxious to get everything done (and get everything done perfectly too). Those with depression are already vulnerable to having irregular sleep schedules and are less likely to get a good night’s sleep, so they may rely on caffeine to stay awake during the day, but having caffeine too late can make it even harder to sleep. 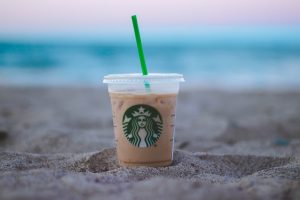 So, what’s the solution? Drinking a lot of caffeine can feel like the only answer given adolescents’ overwhelming schedules, but ultimately, it’s up to you to know your own limits. Experts say that it’s okay for late adolescents and young adults to have a moderate amount of caffeine, so you don’t have to cut caffeine out altogether. It shouldn’t be the only thing you feel like you need to rely on for energy, though.

That cup of coffee or energy drink can may feel like a lifesaver, but that doesn’t mean having one immediately after will be too. At the end of the day, it’s about balance and trusting your body when you feel like you’ve had too much caffeine.

Do you drink caffeine? Do you consider it to be a necessity? Have you noticed how it affects you, particularly on your anxiety or depression?