If there’s one benefit to Twitter, it’s the memes. Even if you don’t use the platform, you’ve probably seen screenshots of tweets on Instagram or Facebook. A recent trend in memes is an imaginary conversation that the person has with their therapist.

Therapist: And what do we say when we feel like this?
Me: That’s show biz baby
Therapist: No

Therapist: And what do we say when we feel like this?

Me: Maybe if I tried to deal with my issues I would actually be sleeping at 4am instead of inventing a conversation on a hell site with a fake therapist using a tired meme format

Most of them are on the more self-deprecating side, talking about how they’ve resigned to the negativity and bad feelings that they have and making a joke out of it to cope. While self-deprecating humor has its negative effects on your self-esteem and accepting the bad feelings that happen to you can have detrimental effects, memes on social media provide a kind of bonding moment for those sharing and contributing to it. We’re drawn to crowds and groups of people when we find something we have in common with them, which includes things like mental illness.

On the other hand, another tweet has gone viral comparing how Baby Boomers versus millennials and Gen Z approach the topic of therapy.

Boomers: I heard she went to *looks around nervously* *whispers* ᵀʰᵉʳᵃᵖʸ

The tweet takes a more humorous approach when it comes to attending therapy and how younger generations are more open to talking about seeking treatment. While it’s on the more lighthearted and joking side, it shows that although older generations have a tendency to treat seeking therapy like it’s a secret and something that they’re ashamed of, adolescents and young adults are more likely to be comfortable talking about their experiences with their therapists with their peers. 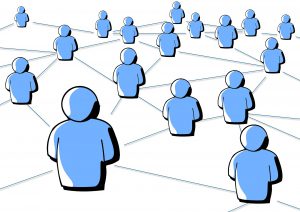 This isn’t to imply that the stigma attached to therapy is completely gone for adolescents. While it’s still there, especially among youth with mental illnesses, the anonymity some social media platforms and the silliness of memes and viral content might make it easier to be more open without feeling like you’re being judged about going to therapy and seeking treatment. It also connects with the fact that younger generations are well aware of the mental health issues facing themselves and their peers and are more likely to talk about it.

Social media (and yes, memes) are a way of showing that the way we approach talking and being open about seeking treatment, and while they’re funny and nothing to take too seriously, it is a way of opening doors and spreading awareness about the issues that younger generations are facing when it comes to mental health.

Have you ever used or engaged with memes about therapy or mental health? What do you think about these memes?