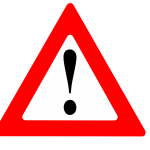 depending on who you ask. Some feel that having these warnings are necessary and a way for those who are vulnerable or sensitive to specific items to feel comfortable in common spaces. Some, on the other hand, feel that providing these warnings are a way of coddling and sheltering people – specifically students on college campuses. They may argue that having people encounter the material they want to avoid can work as exposure therapy, thus, seeing this information will reduce their negative reactions.

Trigger and content warnings are disclaimers displayed or said before a post, photo, or discussion if the content about to be presented may contain material that could upset someone or cause a person to remember traumatic events. These events could vary from discussions or depictions of assault and gun shootings to phobias. While trigger warnings is the more common term, some have adapted using content warnings since the items that don’t want to see are upsetting to them instead of something that could cause a reaction similar to trauma. 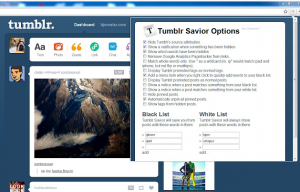 Although trigger warnings have started to find a place in classrooms, the workplace, and in colleges, trigger warnings as we know them today have roots on social media sites. During its peak, those using Tumblr could install an extension called Tumblr Savior, which allowed users to create a “blacklist” of items that they don’t want to see or wanted to block content that could trigger them. Therefore, whenever they were scrolling on their feed, anything that included the word, whether it be in the post or as a tag, would already be blocked (users had the choice to view that specific post if they wanted, however).

Social media nowadays provides little to no extensions like Tumblr Savior, which gave users control over what 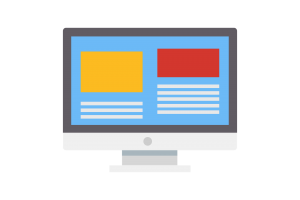 they wanted to see on the site. Through Tumblr Savior, users didn’t have to ask or rely on other users to provide the trigger warnings for them to avoid and quickly scroll past, but instead, they had their own private list of things they didn’t want to see. Sites like Instagram or Snapchat don’t have these options – some users may post a warning beforehand in the body of the text or post an image before the images with this warning, but they determine these warnings themselves, and most don’t do this at all.

Of course, Tumblr Savior itself isn’t perfect. Users would have to trust other people to use the words they want blocked, or if it was an image, hope that they tagged the image appropriately, which doesn’t always happen. The extension at the very least gave users some sort of comfort that any upsetting or triggering content was less likely to appear for them.

How do you feel about trigger and content warnings online? Did you ever use Tumblr, and if so, did you use Tumblr Savior? Do you think something like Tumblr savior would be useful on today’s social media sites?