The Real Questions and Answers about Therapy

For this blog post, I interviewed a therapist to ask questions about how and why therapy could help people with depression and anxiety. His name is Gary Sadler, a Transition Care Coordinator at Children’s Hospital of Pittsburgh’s Division of Adolescent and Young Adult Medicine. While he explained that his work covers more than just therapy, he does frequently counsel teens and young adults who are depressed or who have anxiety. 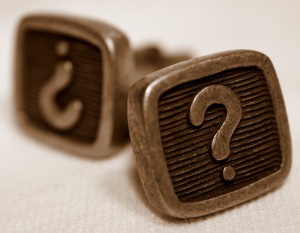 The first question I asked was basically, “Why does therapy work?”

Mr. Sadler explained that often people think that medication alone will help them to feel better. He said that while this sometimes is enough, research shows that the most effective method is the combination of medication and therapy. He says that talking to a third party about “whats going on in your life” helps to improve depressive symptoms. He explains, “I always stress to the patient that it is their therapy, it’s not my therapy. I’m here to listen, I’m here to interpret. You end up helping yourself by just talking about it.”

Next, I asked, “How do you help patients to feel comfortable?”

He said that he always begins by introducing himself and letting the patient tell him first a little bit about themselves. He will let them know, “I want to get to know you and know who you are as a person.” He also says that building trust and explaining confidentiality are key. He says, “Hopefully we can reach that level so that the person doesn’t feel that if I tell you something, you’re going to share that with someone else, because I’m not.”

I followed up by asking him to explain patient confidentiality.

He explained, “The general rule is that confidentiality is guaranteed to the patient when it comes to mental health. [In Pennsylvania] You can be as young as 14 years old and you can request mental health treatment and that treatment, and those notes and those conversations are protected. And for me to release that information would require approval from the patient, except if there was any type of subject matter or topic that came up or statement that was made [with intent to] hurt someone else, or if they’re going to hurt themselves, and then it would be that I may have to report it.”

I then asked, “How can you tell if your therapy sessions are going well or not?”

His answer was that if he is talking more than the patient, then they are not going well. “The patient should be doing a lot more talking.” He also said that at the end of every session, he does a “summary and check in,” by summarizing what has been discussed and seeing how the patient is feeling. He says he will ask, “How did you feel about today’s session? Is there anything that made you uncomfortable? Is there anything that we may have not discussed? That you maybe want to discuss the next time we meet? How did you feel?”

I finished by asking him if there was anything else that he thought was important for young adults or teens who are considering treatment to know.

He says, “I think the most important thing is to understand that it is okay to be depressed. It’s okay to have some form of anxiety. So if you have some sort of mental illness or if someone puts a label on it, it’s not something permanent. Not to really feel like you know I don’t want to go into treatment because everybody is going to find out. Because again, it’s a diagnosis, but the diagnosis is only there to support how we intervene. The diagnosis is not something that’s to be shared with everybody, and most people that go through any type of therapy for depression end up becoming better. I mean the statistics are, and the research is out there, that a lot of people recover. It really is that effective.”

So there you have it. What do you think? Let us know!