Meet Julius Boatwright, Executive Director of the Will Allen Foundation and the dedicated social worker who founded the community-based social-service agency Steel Smiling. Julius has made great strides in the community by adopting a humanistic approach to help people discuss mental health openly and reduce the stigma surrounding this topic. This humanistic approach involves viewing people as whole human beings instead of breaking them down into their individual parts. Julius emphasizes the notion that everyone is valuable and worth listening to and he practices this idea in his work. Steel Smiling began serving community members in Pittsburgh’s Hill District and has grown to include people from all walks of life in the city. They’re bridging the gap between community members, mental health professionals, and leaders. While doing so, they’re intentionally breaking down barriers to show that mental health doesn’t discriminate; it affects every one of us.

We interviewed Julius to learn more about his influence on Pittsburgh.

How did your work as a community based therapist influence your mission at Steel Smiling?

As a community-based therapist, I saw a lot of disconnect between when a community member needed support and when they actually received it. For many of my interventions, I was sent in either at or after a crisis had occurred: when a child was about to be removed from the home, when someone was having suicidal ideation, or when there was intimate-partner violence occurring. At the root of it all was mental and behavioral health challenges. Most days, it all seemed very reactionary to me. We would come in with our tool-belt of Cognitive Behavioral Therapy techniques and resources. Over the course of one month we’d have three stages: the first being engagement, the second introducing and teaching skills, and the last week was connecting the family to resources. After that, we’d move on to the next family after the 28 days were over. 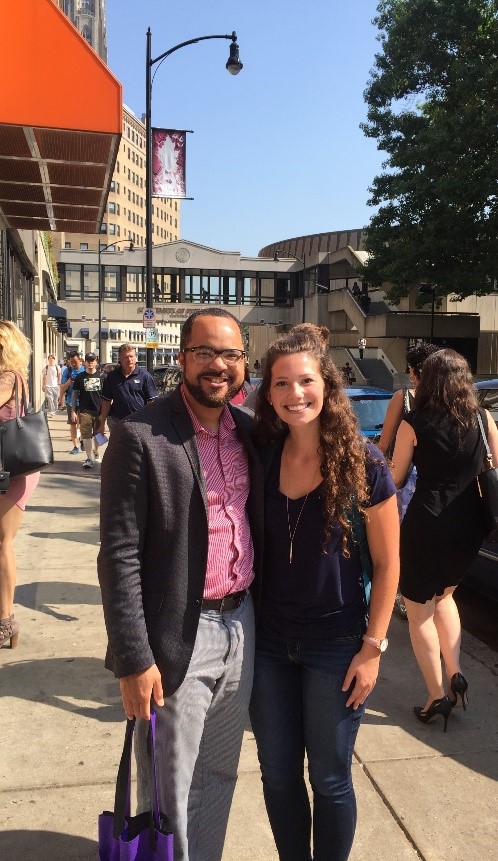 Would you check back in with them?

We could if they needed our support moving forward, but the idea was that we were there to serve as firefighters. We would go in, put the fire out, ensure safety, and share with them a couple of skills and resources before closing the intervention. However, at the 28-day point, that was when they were open and ready to really trust you. As soon as we were able to make progress together, I was called to serve with the next family. This method of treatment is internationally utilized and proven, but I believe that we need to consider more preventative methods of delivering services. We need to do what we can to prevent the problems from happening instead of focusing on putting bandages on the wounds.

So you felt it was too late by the time you came in?

Yes. I would reconnect with some of my clients months and years later to see areas where they had improved and others where they were still struggling. It made me think about how I personally could be more preventative with my outreach. So, one day I left a session and drove out into the Hill District. I told myself the first person I see I’m going to talk with them about mental health. I was so nervous because I didn’t know what to expect. I ended up having a two-hour conversation with a woman that made me realize there was a space to have this conversation. So, to your question, being a community-based therapist made me realize how our system is falling short. While it is adding value, there are certain gaps and holes. I saw that gap and I tried to fill it.

[Click here to learn more about Julius’ visit to the Hill District and how Steel Smiling was born.]

You mention later in your TEDxPittsburgh Talk that someone came up to you and said that you were their angel; it seems like the woman in the Hill district was your angel because that’s how this all got started.

Yes, for sure she was.

In your TEDxPittsburgh Talk, you also discuss going into communities of individuals who do not have satisfactory access to mental health resources, such as the African-American community. Can you tell me more about your work with this community?

It started with conversations and it organically grew into these community conversations. We got a lot of feedback in the beginning that we should strictly stick to the African-American community, but other people wanted services too, because mental health doesn’t discriminate—it doesn’t care what you look like or what you sound like. Our marketing has targeted people of color, but a lot of our outreach and engagement has been 50/50. With that being said, we are not exclusively for the black community. At our core, we want to destigmatize mental health and educate people of color while making it known that everyone is a part of the community. Mental health impacts everyone. It’s not just a black or white thing; it’s a people thing. Nonetheless, we are very intentional about sharing messages and images about people of color who are open to talking about mental health. 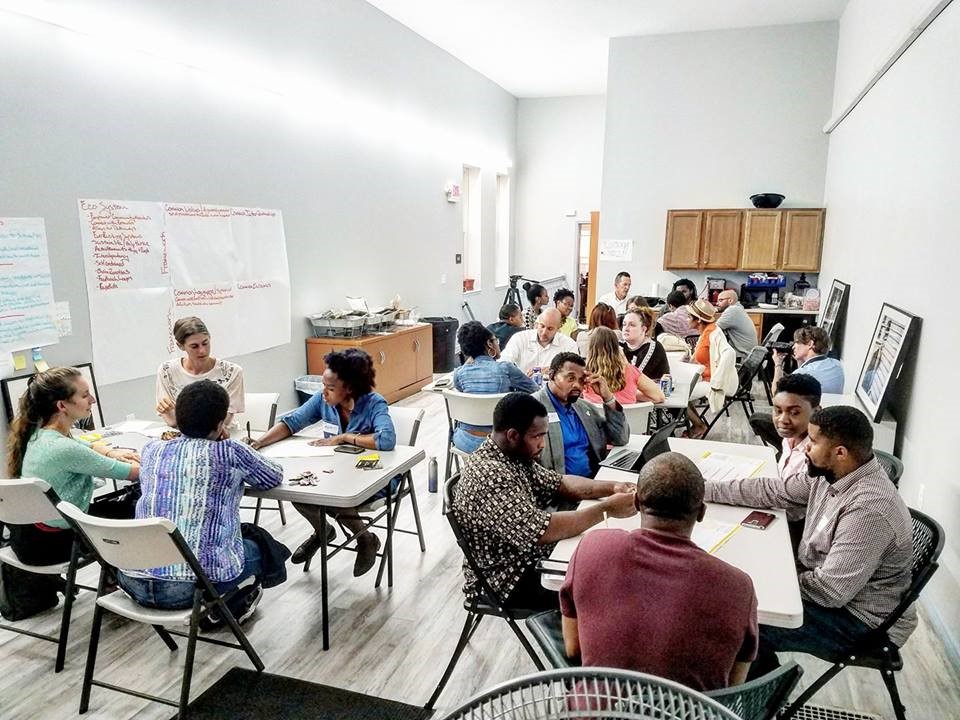 In your TEDxPittsburgh Talk you also mention reaching out to people in the Hill District who have overcome mental illness. What are some of the strategies that people use to deal with mental illness in this community, and what worked?

What we found is that people have a lot of coping skills to begin with before interacting with us. We do self-care. We recognize our triggers. We think about how our thoughts and actions are affecting our feelings and we don’t think of this as therapy. So, they would tell me what they did to cope, and at the foundation was spirituality and faith in the black community. They lean on this understanding that everything will be okay and your trauma doesn’t define you unless you let it. You can use trauma as leverage to be stronger. You get the most character development in the moments that you feel will break you. I think tapping into this resilience and being your own advocate can help, as opposed to feeling trapped by your environment or background.

“You get the most character development in the moments you feel will break you.”

So some people took every challenge and thought about how it made them stronger?

Yes. I’ve been doing research on person-centered psychotherapy. A clinician I worked with asked me once what my therapeutic approach was, and I said I don’t really have a style.  She told me I had a person-centered approach. What I gathered about this it is that there is no judgement; no matter what anyone shares with you, it’s okay.

Yes. It’s about valuing everything you say. If you told me, “I’m thinking about killing someone,” I’d think: What is this person trying to say? There is something in you that is making you feel this way, and whatever it is, there is never any judgement; just true empathy and unconditional positive regard. I have had people say one thing that has changed the trajectory of my life. So I want to be as positive, supportive, and vulnerable as I can be.

Click here to read Part Two of our interview with Julius Boatwright! Do you have any questions for Julius?  Let us know in the comments below!