Miley Cyrus made news and social media  headlines awhile back by announcing that she identifies as pansexual.  If you haven’t already looked it up, pansexual is described as “a sexual identity along with bisexual, homosexual, heterosexual, asexual, polysexual, queer and more.  People use the term to describe being attracted to and falling in love with people of all and any gender, whether transgender, genderqueer, male or female. They are, to an extent, “gender-blind”.” 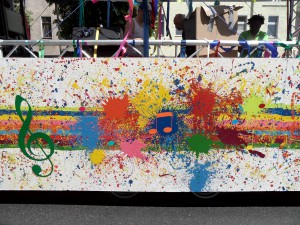 When you google for the definition of pansexual you literally get a picture of Miley!  Nevertheless, some media folks are praising her “coming out” as pansexual as a healthy thing for LGBT youth to find community.  In an article published on the website International Business Times. A.J. Walkley, a board member for BiNet USA, was quoted as saying “The more role models that youth can have and see themselves in as they’re growing up and coming to terms with their own sexuality, the better.”  It is undeniable that the language we are using to describe sexuality is in constant flux at the moment, evidenced by the growing number of letters being tagged on to LGBTQIA… and as generations come and go and identities form and dissolve, it can’t hurt for young people to be able to find an identity that they can call their own, form community and support each other.

What are your thoughts on the social media and news discussion around this topic? Let us know in the comments!