Because I felt like I didn’t deserve to get better

In interviews I did with adolescents who have depression and were in treatment, some of them said that at first, they didn’t want to go to therapy because they didn’t feel like they deserved to get better.  This was so sad to me because guilt and shame like feeling like you don’t deserve something are actually symptoms of depression.

The fact that they were feeling that way is exactly why they needed to get help. Because they felt they are bad. But they are not bad. They needed some help to feel better and feel that their life is worth living. 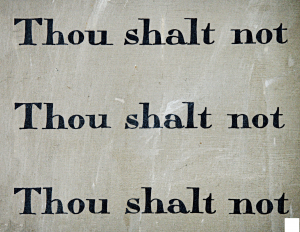 I am grateful that the adolescents I spoke with had all gotten help in treatment. In the long run, they realized their feelings of guilt and shame were part of the depression, and not something that defined who they are.  They were able to learn the coping skills to get to a better place and sense of self.

Have you ever felt guilty for something you realized later was not actually your fault?