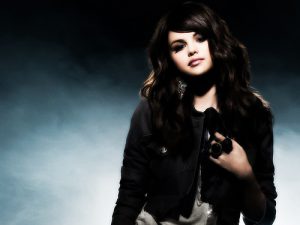 Before getting treatment, Selena was on tour performing her music. Looking back, she had this to say in her Vogue magazine interview:

“My self-esteem was shot. I was depressed, anxious. I started to have panic attacks right before getting onstage, or right after leaving the stage. Basically I felt I wasn’t good enough, wasn’t capable. I felt I wasn’t giving my fans anything, and they could see it—which, I think, was a complete distortion…”

Selena acknowledges that she wasn’t trying to figure out her mental health problems at the time. She went on to tell Vogue this about what she wanted to say to her fans:

“What I wanted to say is that life is so stressful, and I get the desire to just escape it. But I wasn’t figuring my own stuff out, so I felt I had no wisdom to share. And so maybe I thought everybody out there was thinking, This is a waste of time.”

Fortunately, Selena got treatment.  She received Dialectic Behavior Therapy. To learn more about DBT check out our recent blog post on it! Here’s what Selena had to say about DBT, stigma, and pushing back against unhealthy roles:

“DBT has completely changed my life,” she says. “I wish more people would talk about therapy. We girls, we’re taught to be almost too resilient, to be strong and sexy and cool and laid-back, the girl who’s down. We also need to feel allowed to fall apart.”

With the help of treatment, Selena talked about the relief she felt. She expresses letting go of the pressure, most of which she was putting on herself.

“For a change,” she says, “it feels like I don’t have to be holding my breath and waiting for somebody to judge a piece of work that I’m doing. I’m not eager to chase a moment. I don’t think there’s a moment for me to chase.”

To read Selena’s vogue magazine interview in its whole, follow this link. There is some profanity.

In what ways, if any, can you relate to what Selena is saying? Let us know in the comments below!