What site is that? 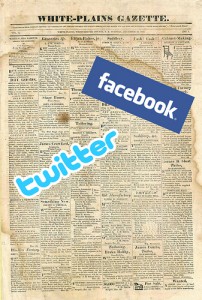 Do you ever feel like you can’t keep up with all the new social media websites? Each year the Pew Research Center puts out a report on social media usage. This report  provides us with the most popular sites that we often use, with Facebook being the most favored of the social media platforms.  Most of the names often come as no surprise and might be ones you use as well!

However, there are numerous other social media apps and websites that aren’t quite as widely used. Therefore, you may have never heard of them. Common Sense media compiled a list of quite a few of them that teens are using to specifically help users and their parents better understand the pros and cons:

Texting apps: These often allow users to text or video message for free without it appearing on the phone bill or in the messages on their phone.

Micro-blogging apps and sites: These sites provide a platform where users can post anything from how their day was to pictures and videos.

Self-Destructing/Secret apps: These sites are often anonymous or are meant to have self-destructive qualities, and often pictures or videos posted can be seen by others in a certain distance from the users current location.

Chatting, Meeting, Dating apps and sites: These sites have an inherent aspect of flirting or dating.

If you’re interested in the Pew Research Center’s full social media update, you can find it here.

Have you heard of any of these apps? Do you use them?  If so, which ones?  Do you know of any other apps or websites that are not included on this list?  We’d love to hear from you!