“People like to be around people who are happy”

Today’s post is a featured guest entry from a medical student recalling her experiences with introversion, mental health, and sadness and how she has coped with her situation. 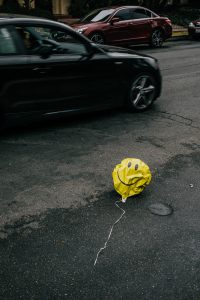 “People like to be around people who are happy.”

For months, I had been experiencing periods of intense sadness. Changes in my environment had surrounded me with people who I began compulsively comparing myself to – people who were smarter, funnier, more sociable, more thoughtful, more confident, more knowledgeable about the world than I was. It was regularly triggering flashbacks of my failures in life, pushing me deeper and deeper into despair until thoughts of my worthlessness became my obsession. During these episodes, I stare into space, stone-cold expression, puffy panda eyes balancing precariously on the verge of tears. My responses to people were in as few words as I could possibly make it. Someone told me I looked “REALLY tired.”

With these episodes happening with the frequency they did, I couldn’t escape the interrogation of my husband. He would ask me what’s wrong, and I would go many minutes without a response. The silences, he told me later, were agonizing. He would conjure a thousand questions in his head, frustratingly unanswered, wondering if he should walk away and allow me to muster in my own anger and depression. I wanted anything but – thought after thought after thought after thought swimming around in my head, fighting to make their way to my lips, knowing I need this release, and wanting to relieve my husband of his visible frustration with talking to a piece of dead plank, but not knowing the best words with which to do so. I was deeply ashamed of my thoughts and could not get myself to face them.

And so, on this went. One month goes by. Two. Half a year. Hence, his reply to me when we were being silly at home. “You are so fun to be around when you’re happy.”

People like to be around happy people. The reality of it hit me like a poison dart. 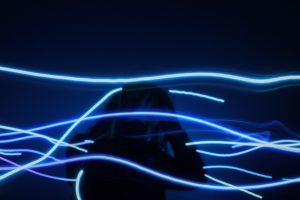 His words were true. Lately I had been so consumed with my feelings of depression and social anxiety that people did not want to be around me, so it seemed. Like the character Sadness in Disney Pixar’s Inside Out, everything and everyone I touched turn blue.

One recent weekend, I was put into a situation that reopened my wounds. The introvert among the sea of extroverts. The lone awkward turtle overshadowed by the looming social butterflies. I got stuck on my self-deprecating thoughts, fabricating messages coming from “Joys” cautiously tiptoeing around me that asked me to feign happiness or else stay confined in my little circle of Sadness, and a torrential downpour of sad memories came flooding in. After so many insults to my soul, something eventually has to give. 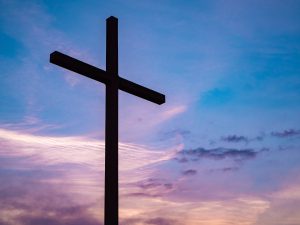 In my darkest hour, He prays…

It was at this hour, one among the following 24 hours of obsessively ruminating over the day’s events, that I was reminded – Jesus was a Man of sorrows.

He grew up in a nowhere town, Nazareth, and became a carpenter – like a farmer kid born and raised in some rural state in the West, who went to some no-name college and picked up an unglorifying job. When he did awesome deeds, he wouldn’t stay in the crowds but would retreat to the mountains. He had a tiny group of disciples, one who betrayed Him. He was mocked, spat on. He feared for His life, asking the Father to take this cup away from Him. People thought He was arrogant and a liar, but He never justified Himself. He was tortured for crimes he did not commit. He wept. 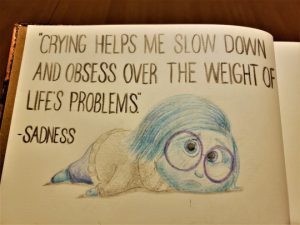 “Crying helps me slow down and obsess over the weight of life’s problems.” -Sadness

Jesus had a lot of life’s problems to obsess over.

In an article on introversion, extroversion, and shyness, Jessie Sun, a researcher of personality at UC Davis, states, “Personality is consistently one of the strongest predictors of happiness and extroversion has especially strong relationships with well-being…People who are extroverted tend to experience more feelings of excitement, enthusiasm and joy, whereas people who are introverted tend to experience those feelings less often.” In other words, extroverts are more likely than introverts to have a healthy mental well-being and are more likely to succeed in life.

I bet Jesus was an introvert. It was clear He wasn’t favored by society, nor did He succeed in it. Jesus was sad, and frequently too. This human life of Jesus is what makes Him so real. This is what makes him able to be touched by the feelings of our weaknesses. Yes, sadness can be incredibly painful, but it is in the deepest trenches of our loneliness, the quiet echoes of seclusion, the darkest hours in which we retreat to the secret places in our soul and our spirit, that God appears. Our God is a God who hides Himself, and He reveals His heart’s deepest desires to those who meet Him here alone. Without sadness, when would we seek the secret places? Without sadness, who would my God be to me today? Deep calls unto deep. Only a call from the depths can provoke a response from the depths.

I have been shadowing a psychiatrist at an intensive outpatient clinic, which offers high level of care to adolescents too sick to meet with a psychiatrist on an outpatient basis, yet not sick enough to require hospitalization. I was sitting in on a therapy group where the topic was mindfulness.

“Can someone tell me what mindfulness is?” The therapist asks.

“Mindfulness is where you stay in the present. Like, you don’t keep thinking about what happened in the past or keep worrying about what’s gonna be in the future. It’s like, you only focus on the present and what’s happening now.”

“And you also have to be non-judgmental.” 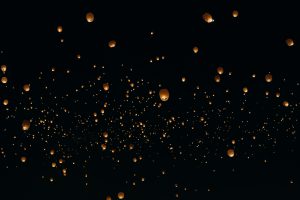 In these long deadly silences during my episodes of sadness, when my husband and I are attempting this seemingly near futile effort to communicate, I finally stop judging my thoughts and detach my identity from them for long enough to utter the dark words of my mind. These are thoughts that expose how selfish I am, how jealous, how arrogant, how hateful, how afraid. For these precious seconds that I open my mouth to release, they are just thoughts. Not good or bad, they just are.

My husband, going through his own experiences of transformation, is emptied, open, ready to receive. And in these moments of release, with the covering of our love for one another headed up in Christ, healing weaves its way through my tormented soul, causing the roots of our marriage to sink a little deeper into the ground, unseen. Then when the rain descends, and the rivers come, and the winds blow, it does not fall.

Have you ever experienced long periods of sadness? What kinds of thoughts do you experience? What coping mechanisms have you used to tackle these thoughts?